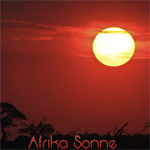 The Gambian filmmaker, actor, indigenous peoples' rights activist and book author, Prince Bubacarr Aminata Sankanu has authored a thought-provoking book titled “The Africans: A Triple Uselessness.” In it, the author blames Africa's messy state on the trinity of “brainwashed elites with inferiority complex, organized religious slavery, the marginalization of the indigenous faiths of Africa and, economic recolonization through land grabbing by greedy global commodity speculators, Western consumerism and Chinese/Eastern invasion” among others.

Prince Sankanu writes that his book is a “protest work and shock therapy that does not follow conventions.” He continues: “it is meant to spank the snoring Africans awake so they can take the lead in commanding the destiny of Africa. I deliberately use the informal language of the common persons on the streets for better understanding by all creatures with good functioning brains.”

The book has elements of the West African Pidgin English (WAPE), American English, British English and the author's native Soninke/Serehulle mother language of the Mandeng family. “I refuse to use the boring academic writing styles and rules so as not to dilute the flavour, humour and provocation,” he writes.

Prince Sankanu who endorses economist Dambisa Moyo's thesis on the failures of foreign aid to uplift Africa out of misery calls for an irreversible road map towards an Africa without foreign aid dependence and shameless donour begging.

He also insists that “Africans did not invent corruption” and gives examples of foreign entities corrupting unpatriotic African decision makers just to secure deals without any due process. As a way out of the corruption menace, Prince Sankanu proposes “an amnesty programme for all corrupted Africans who would repatriate their wealth from foreign banks and invest in indigenous African productive sectors with the supervision of anti-graft bodies like the Economic and Financial Crimes Commission of Nigeria (EFCC), the Independent Corrupt Practices Commission of Nigeria (ICPC), the Code of Conduct Bureau of Nigeria (CCB) and their other African equivalents.”

On the statues of African women, the Prince writes in his book that “African women are neither marginalized nor vulnerable.” He advises them against “falling into the traps of Western and Eastern feminist propaganda.” He believes African women should look into the appropriate precolonial African models of matrilinialism and healthy native lifestyles for their progress.

The book also dwells on current global issues that are relevant to Africa and warns against the copying of the mistakes of irresponsible capitalism that could provoke a new world war. The author writes: “In 1989 communism died. In 2008 irresponsible capitalism dropped dead. Tell your political leaders to shut up and just bury it now or else they will be abused by the greedy global speculators of high finance as cannon fodders of a new world war...”

The essence of the book's content is reflected on the back cover. Excerpts:

“African decision makers are more interested in the votes than in the views of their peoples. They have not yet started putting the interests of their people above their own short term materialistic vanity.

They are too myopic to see the warning signs once the global investment parasites start calling your country “emerging market” “tiger,” “lion,” “dragon,” “elephant,” “pig,” “middle income,” “rising,” “investor friendly,” “model,” “hub,” civilized,” “smart,” “gold mine,” “innovative,” “modern,” “next´11,” “next frontier,” “promised land” and other flattering names. Once you hear that, know that they are coming to dupe you, your family, your government, your national treasury, your retirement plan, your culture and then run to another unsuspecting country.

The greedy parasites will cajole gullible African leaders to entrust them their Sovereign Wealth by lying that they are an integral part of the global solidarity systems and the international community will in turn come to their aid in times of distress. Lies and damned lies. Remember, they never kept their promises to Africans from the slave trade to date and they will not keep them for posterity.

Apart from the global best practices that would not destroy our African peculiarities, we Africans do not need to copy any foreign system just because it is attractive and trendy. We should strictly filter out foreign ideas and borrow only the ones that serve our values and needs. Dialogue with other civilizations does not mean we should contaminate our African Civilizations until we cannot recognize our African Values anymore.

As progressive human beings, we should filter our local cultures by dumping the harmful practices that are stifling prosperity while proudly developing the useful traditions that give us competitive advantages. We Africans are currently lagging behind in the fields of appropriate innovation, self-sufficiency, regional unity and global clout. The unique fields we have to beat the world with are our rich tangible and intangible cultural wealth, the entrepreneurial zeal of our artisans, fauna and flora and our Social Warmth. Many people in the broken industrialized societies envy us for our priceless heritages. So let us value and make them the cardinal components of our African Renaissance Economic Systems explained in this book. We can do it once we give up the pervasive African elite’s Uselessness and the entrenched culture of begging.

We must respect each other as Blacks and Africans, unite and proudly Africanize beyond mental, tribal, religious, materialistic, political and artificial boundaries first before the rest of the world can start respecting us.”